During World War Two, the stained glass of the Henry VII Chapel was blasted out, and Lord Harris of Peckham donated a lot of money to help restore the chapel. You can see figures of Lord Harris and his wife in the bottom right-hand corner of the stained-glass windows.

Not only this, but King Henry VII Chapel is also home to the largest surviving collection of figure sculptures from Tudor times. During the reformation, saint sculptures were widely destroyed, as they were believed to be overly catholic. Despite this, 96 statues were saved thanks to their prestigious location and height.

Elizabeth I in all her Glory

You’ve likely seen portraits of Queen Elizabeth I, but have you seen her looking older than 30 in the absence of her signature red lips and bright white, wrinkle-free face? Probably not. Well, when the Virgin Queen died at 69, the effigy for her tomb was cast from a death mask, meaning this is the closest you’ll get to seeing Queen Elizabeth I for what she truly was.

Westminster Abbey is also home to Francis Sidney’s tomb. Sidney was the Countess of Sussex and Lady of the Bedchamber to Queen Elizabeth I. Also, she established Sidney Sussex College Cambridge. Therefore, it’s no surprise that her passing is honoured in Westminster Abbey; however, what does come as a surprise is the blue porcupine at her feet.

This same porcupine is the mascot of the Cambridge college and features on the coat of arms of the Sidney family. We first encounter this porcupine under the second William Sidney, who was a naval Captain and Commander in the British Army, knighted in 1514. It’s believed that he adopted the porcupine, as he journeyed to France with the sister of King Henry VIII, Mary, in an attempt to wed her to King Louis XII; the porcupine was the symbol of the French Majesty.

The bulk of the current Abbey is a product of King Henry III, who was an incredibly popular king. The Abbey is home to his lavish tomb, which is inlaid with coloured glass and a gilded mosaic. At the height of an outstretched hand, you can see where visitors have snatched away pieces of this mosaic.

If you’re unsure of how much time you need to see Westminster Abbey, you just need to make sure that you set aside enough time to appreciate the visual nuances. One of these nuances is the dedicated side chapel of John Islip, an Abbot of Westminster from 1500 to 1532. Above the entrance, you’ll see a pictorial pun on his name, otherwise known as a rebus.

The rebus depicts an eye beside a branch (known as a slip); hence, Islip.

Anyone wondering how long you need to visit Westminster Abbey must set aside some time to see the morbid statue in St Michael’s Chapel. It’s a commemoration of Lady Elizabeth Nightingale that was conceived by Louis Francois Roubiliac. The statue depicts Death pointing a lance at the dying Elizabeth as he emerges from the ground. Meanwhile, Elizabeth’s husband is unsuccessfully trying to shield her.

It’s believed that the design was inspired by Elizabeth’s brother-in-law, as he was said to have dreamt that a skeleton appeared at his bedside and crawled between his wife and him. The sculpture of Death has since lost his lower jaw; however, the statue remains one of the most macabre elements of Westminster Abbey.

An Error in Continuity

Some tourists wonder “How long does it take to see Westminster Abbey?” Well, if you’re looking for every hidden detail, you’ll be there for hours. One of these details is the continuity area in which you can see where the building of the Abbey was put on hold.

Most of Westminster Abbey was built in the 1240s under King Henry III; however, he went slightly overboard with the budget and the finishing of the Abbey was put on hold in 1272 when he died.

100 years later, Richard II took on the role of completing the Abbey: however, something had to be sacrificed out of the budget. Consequently, when you look up, you can see the exact point between the old and new Abbey, as marked by the flowery embellishment on one side and the plainness on the other.

So, what is there to see at Westminster Abbey? Although you obviously won’t see this, there are upwards of 3,000 bodies buried under Westminster Abbey. Despite this, one is particularly unique; Ben Jonson, a playwright, poet, actor, and one of Shakespeare’s contemporaries, couldn’t afford the traditional six-foot by two-foot burial spot.

Jonson’s literary success, unfortunately, didn’t leave him in a sound financial position, and he died penniless in 1637. As a result, he was buried upright in order to cut the costs of his burial, and a plaque reading “O RARE BEN JOHNSON” sits in the area in which he was buried.

Westminster Abbey is one of the highlights of our Westminster and Changing of the Guard Tour. Book in here. 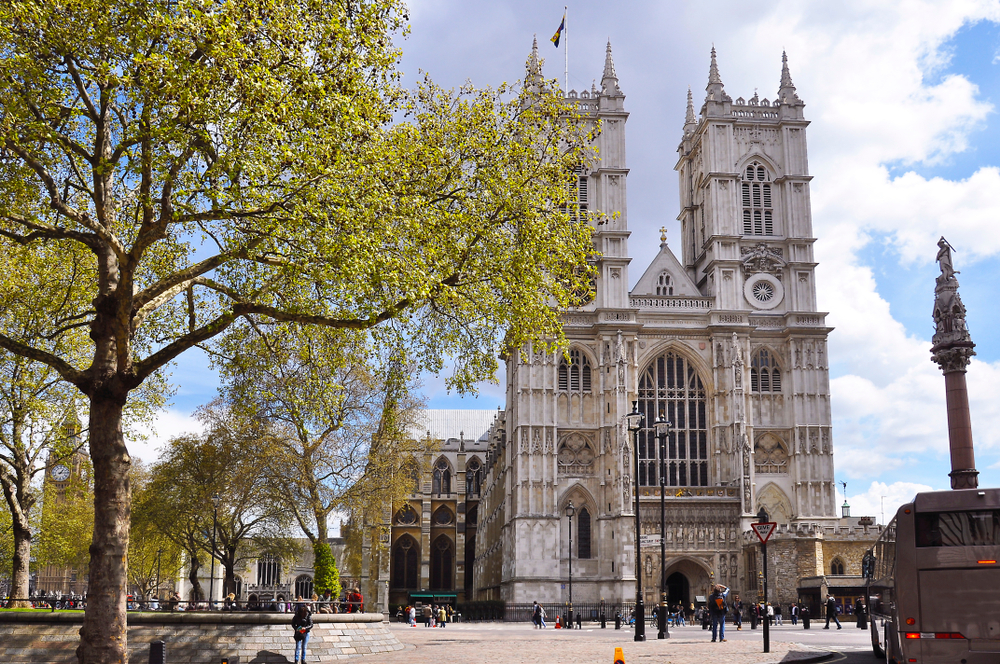 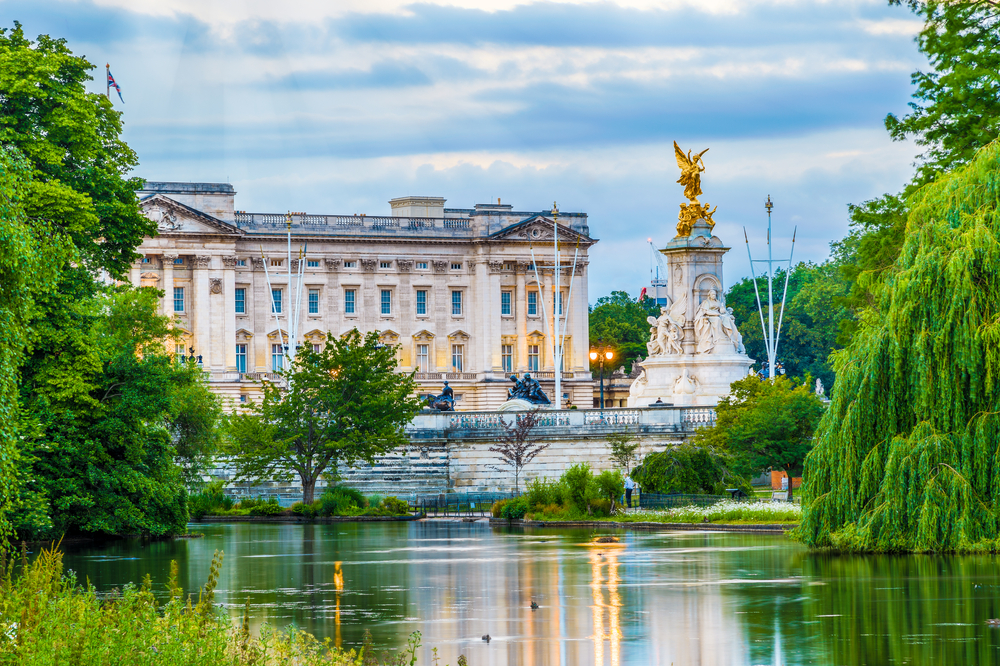 London is home to six royal parks; however, Green Park is considered “the park next door” due to its location that sits between St James... 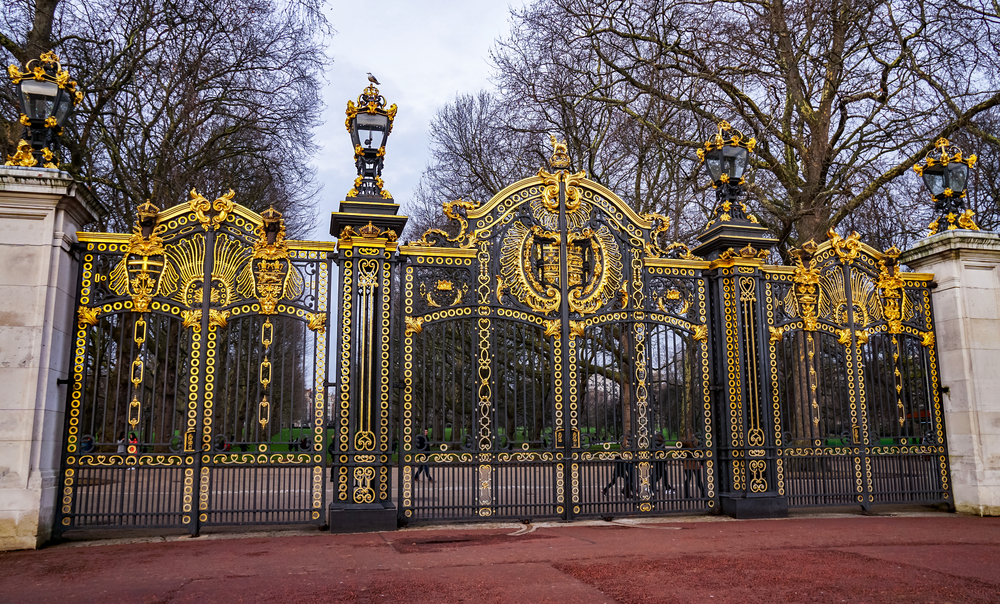 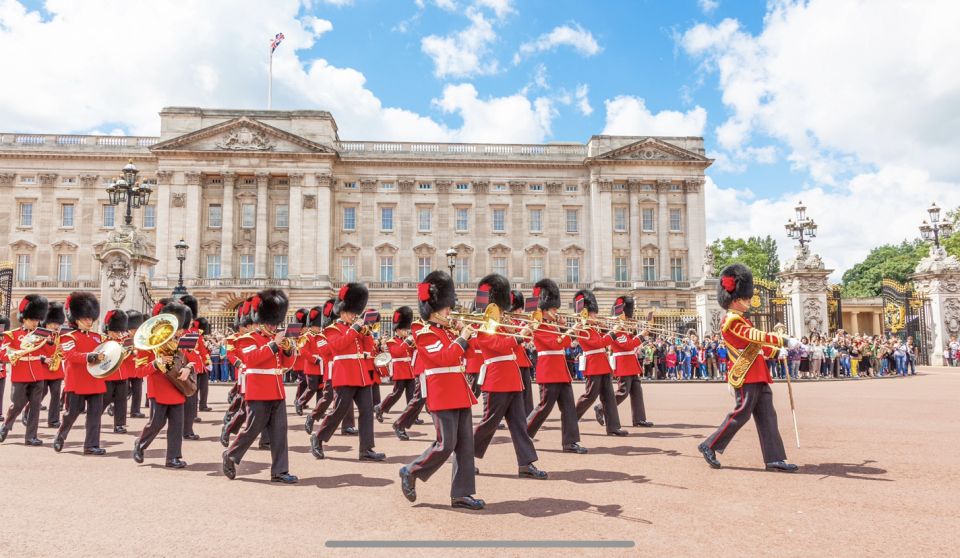